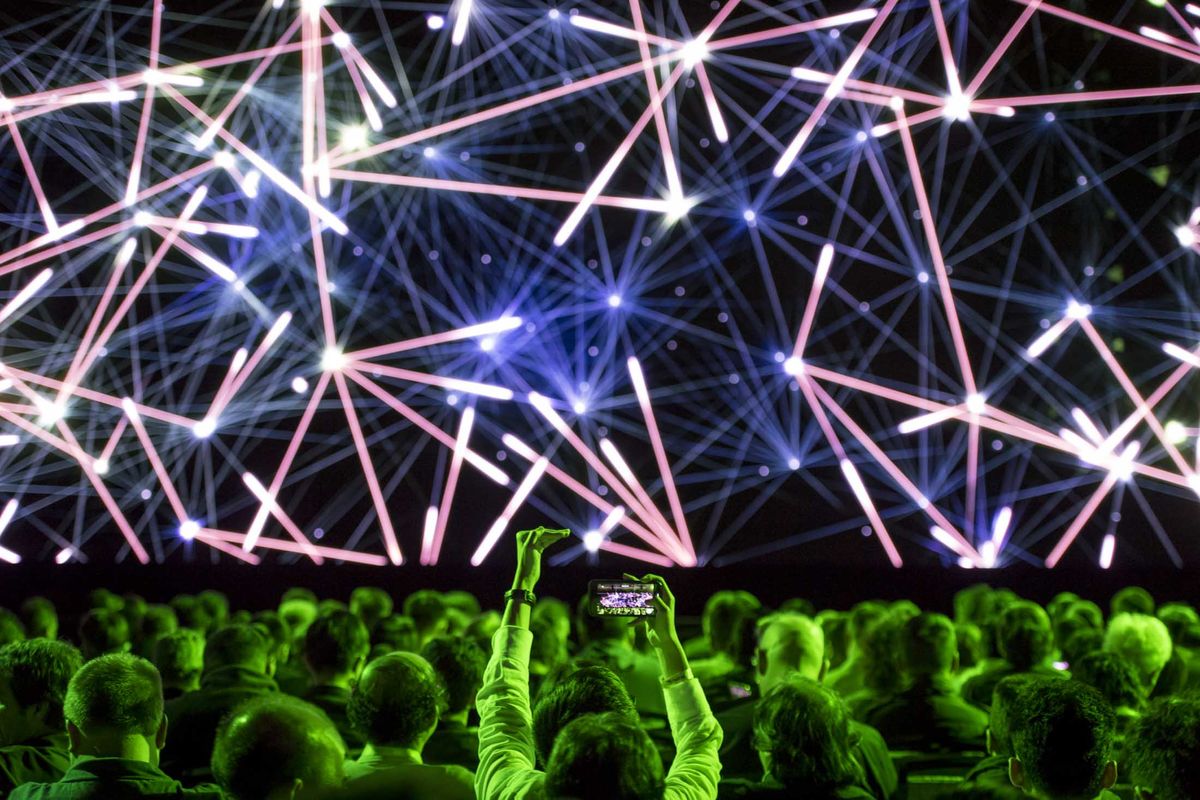 We could dedicate this whole blog to the T.V. tech that has rolled out of CES… It’s a lot, like a lot, but we had to focus on something so we are featuring our Britelite team favorites. Now if you are under a rock or just not into tech, let us explain what CES is…

Their motto is ‘THE GLOBAL STAGE FOR INNOVATION,’ and that’s exactly what CES is. Held in Las Vegas, CES is the world's gathering place for all those who thrive on the business of consumer technologies. It has served as the proving ground for innovators and breakthrough technologies for 50 years — the global stage where next-generation innovations are introduced to the marketplace.

Now that you are filled in, here are a few Back to the Future, Jetsons and Futurama techs come to life and more…

Starting with the LG OLED Falls

Now we all have feelings about curved TV tech, but let’s just all let out a big ‘WOW’ about this showstopper, can we? Made of more than 250 curved LG OLED TVs, the enormous installation is mesmerizing everyone at Britelite and at CES. Maybe it’s excessive but being that CES is the beauty pagent of tech, excessive is the way to go!

Even if it is a little less impressive in terms of magnitude (ahem LG), Modular T.V. has a winner, and it’s Samsung. The proof of concept Modular T.V. is Samsung’s new hottie as the company expressed in a four-hour-long showcase at the Aria hotel in Las Vegas.

The facts are a little obtuse on this one, apparently a lot of variants were shown, and we aren’t even sure this will come to market, but what is CES for if not to show us at least the possibilities in tech.

Oh and did Apple sneak into CES this year? Look at Apple over here trying to monopolize, wait what… Is Apple reaching beyond is own ecosystem? Turns out yes! with the Airplay 2 system for Samsung, LG, Sony and Vizio TVs. Samsung will also support the iTunes app, allowing customers to enjoy media purchased from Apple on non-Apple hardware. This will be supported on new TVs from Spring 2019.

Now let’s talk about VR, because what kind of Britelite blog would this be without our take on the latest and greatest in virtual reality.

For the latest and vaguest in VR headsets here is a headset shooting for the stars, HTC’ Vive Cosmos. Vive Cosmos promises to be more portable and more affordable. Really what more could we ask for? Well we don’t know a lot but here is a little more info…

“The product will work with more than your PC,” says Dan O’Brien, General Manager at HTC. “But we’re not saying what that is just yet.”

“Over the next few months we’re going to give out all the details on this products … but we wanted to tell consumers that we have a new headset that’s going to be easy to set up. We’ve heard from a lot of our consumers that headsets are tough to setup and that they can’t take it with them. That’s what we’re trying to solve with this product.”

Tired of being tethered to the matrix whenever you use a VR headset, well good news oculus quest has put VR on the go! Oculus Quest is an all-in-one gaming headset that is completely wireless — with the help of the Oculus mobile app, the Oculus Quest can track your movements without any external cameras, using only cameras on the front of the headset itself.

The Oculus Quest will work from both standing and sitting positions, and though the Quest lacks the power of PC-powered headsets like the Rift or Vive, it will still support some of the best VR games. Given how easy it is to use, we see the Quest catching on in a way other VR headsets have not.

Robots were everywhere at CES this year, but does that mean there will be Jetsons style robots popping up in your home anytime soon? The quick answer is no, but the long answer is soonish… There were home robots, working robots, and more at CES, and with that kind of variety they're going to play roles in so many aspects of our lives in the very near future.

Here are some of our robot favs:

All jokes aside, CES was impressive as usual -- from large installations, TVs, VR to Robots, we are still in awe… As always we look forward to the future but CES is making the present look pretty nice too. 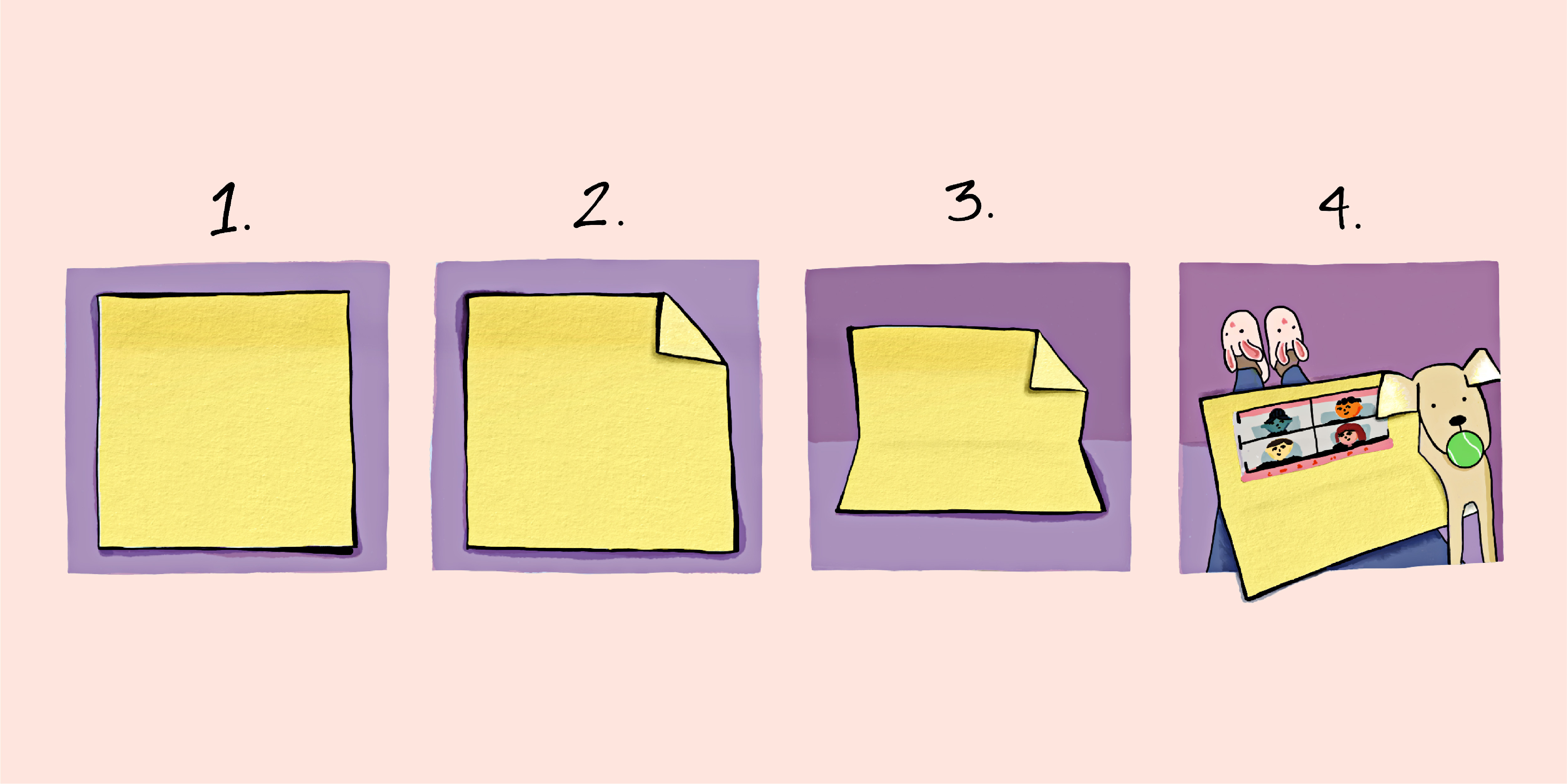 Spectacle in the time of Self-Isolation 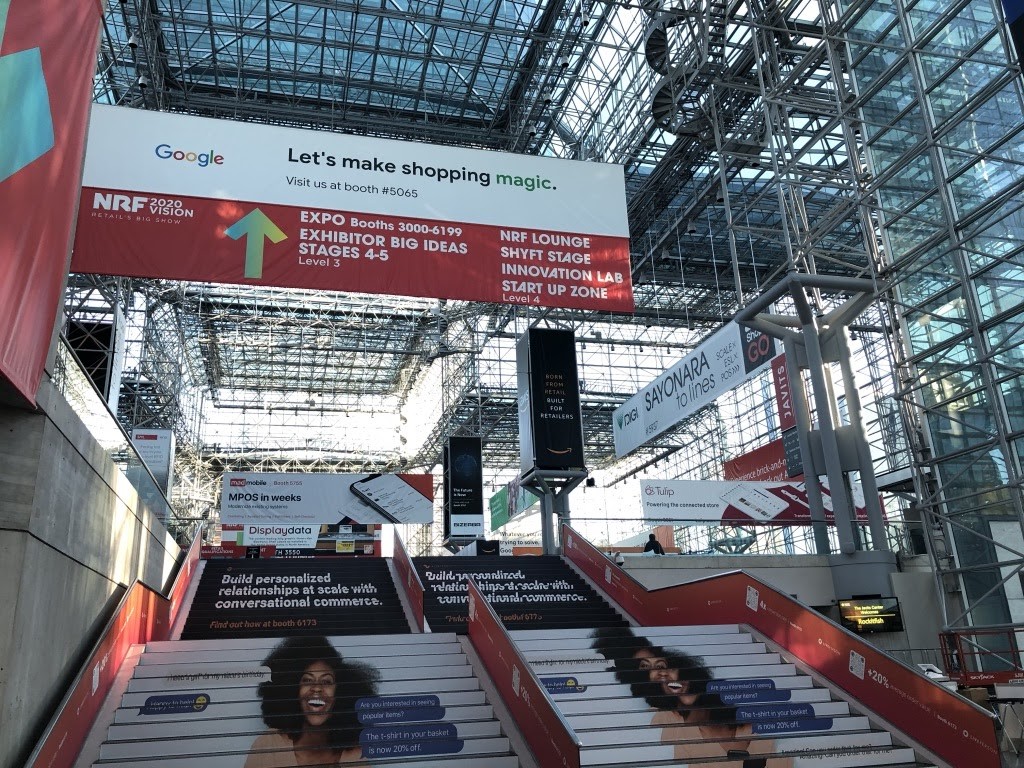